The accessibility of mobiles has made the gaming scene shift towards mobiles these days. Few taps on the screen are all you need to have fun. As new phones come with monster specs, mobile games have been pushing the limits. Today we have some of the best action games to talk about.

Since action games are abundant, we have made it easy for you by making this list.

Into the Dead 2: Zombie Survival


Into the Dead was such a hit that they decided to make a sequel to it – Into the Dead 2: Zombie Survival. The game is set in a post-apocalyptic world full of zombies. In this game, your character doesn’t stop running, and your objective is to save your family and take down zombies.

The game is filled with amazing graphics. With over seven chapters, 60 stages, and hundreds of challenges, this game will surely keep you entertained.

There are different gameplay modes for you to choose from. You will have limited energy in the game, so you’ll have to wait for it to replenish before you can play another round. You can level-up your weapons with in-game credits or via in-app purchases.

If you are a fan of space combat, then you’ll love Star Combat Online. The 3D graphics and the game mechanics of the spacecraft will make you more involved in the game.

There are over 18 spaceships and 29 weapons to choose from. You can even personalize these warships and weapons with upgrades like radar, force field amplifiers, bodyweight reduction, etc. since it is an online game, you can text other players and compete to get to the top of the leaderboard.

Since the game is new and, new updates will keep rolling out, you might face some glitches. The game features a lot of bots as of now to make up for the players. The interface is pretty constricting too. Last Day on Earth requires a considerable amount of patience and skill to complete. If you’re willing to build a home, take down zombies, and take control of other territories, you’ll love it.

You need to continuously feed yourself, build weapons, and defend your land to survive. You will be able to make radio towers upon reaching higher levels to communicate with friends. You can’t carry many things at once so you will have to choose wisely. Traveling in between locations consumes energy, so you’ll have to plan accordingly. The game tests your tactics and patience.

Soul Knight is a hit-and-run action game that doesn’t feature a great storyline. You always have to keep moving around dungeons and shoot enemies. The gameplay is quite smooth; all you have to do is shoot down enemies accompanied by your pet in every room you enter. You can change the pets and how they look as well. You can cast spells to clear levels. Soul Knight has a retro 90’s look with 2D graphics making it even more exciting.

The game doesn’t feature an aiming stick; instead, your character will shoot wherever he is moved to.

In Zombie Catchers, you have to capture zombies. Although it may sound and violent, the graphics make it cute. Even the zombies look adorable. You use brains to lure zombies and capture them with the harpoon attached to your spaceship. As you keep advancing the game, you can unlock new gadgets like nets, jetpacks, tranquilizing darts, etc.

The game might appear easy when starting out. But it gets harder when zombies start leveling-up with armor. You can send out drones in search of zombies. It takes around ten minutes to search for zombe=ies, which can be skipped by watching an ad.

The game has a ranking system with belts like kung-fu or karate belts. When you finish a task, you are awarded a belt. You can buy new armor and weapons with coins. Because of the easy gameplay and hard difficulty, Stick Fight is our personal favorite. 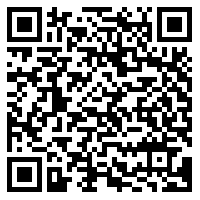 Injustice 2 is a fighting-action game from Warner Bros Production company. It features superheroes and villains featured in the DC Comic universe like Superman, Batman, Wonder Woman, etc. The game has cutscenes with amazing graphics. It even has good voice acting, which makes the experience even better.

With the rewards, you get after winning a fight. You can upgrade your character’s gear. You can team up with your friends and go for raids too. They even organize contests and PvP battles. You can unlock all the characters as you progress in the game without spending real money. Since the game has high-quality graphics, you might need a phone with good specs.

Bully is a lesser-known game from the famous game studio Rockstar games. Bully Anniversary Edition is an upgraded variant of the Bully franchise for PC. Just like the PC version the game

The main character is Hopkins, currently studying at Bullworth Academy. You have to go through various school activities and fight bullies to top the school ranks.

There are a lot of side missions in case you get bored with the story mode. The fighting involves a lot of hands to hand combat. The game will cost you $6.99 in the play store. Battlelands Royale is a toned-down version of Fortnite. It occupies way less space. Unlike 100 players, it only holds 32 players at a time. The game features 2D retro-style graphics and a wide-angle third-person view. The game only has 6-7 guns with generalized ammo.

If you think PUBG or Fortnite is too much for you or your phone, check out Battlelands Royale. Battlelands lets you pick a location before the match begins.

Stranger things is a hit web series on Netflix. This game has a retro look to it. You play as Chief Hopper looking for a kid who’s missing. Other kids may join you in this search as well. The game has a lot of side quests and puzzles along with the main story. A whole lot of collectibles are also scattered throughout the game.

The gameplay is pretty simple, involving easy controls and challenges. The game is ad-free, which is always appreciated.

How to squad stream on twitch

How to raid on Twitch | Best Beginner Guide