Smartphones are no longer used only for communication, but also for storing any sensitive private information. However, these need to be safeguarded with some robust mobile security apps.

Some of the best antivirus for Android smartphones in 2020, available on the Google Play Store, is listed below, not necessarily in order of preference.

Avast, a top-rated Android malware scanner, caters to a lot of users worldwide on multiple platforms. With a single tap, the antivirus engine scans for any dangerous or infected apps and trojans and provides complete protection against spyware and viruses.

Avast has some in-app purchases that will allow removal of ads, access to the app locking facility along with some other advanced features like SIM security, camera trap, etc.

But the free version of Avast for Android also integrates some incredible features to provide all-around protection against viruses and other threats that can affect your smartphone. With all its superb features, Avast Mobile security is one of the best free antivirus for Android smartphones.

Bitdefender Antivirus Free is another powerful antivirus tool for Android. It uses in-the-cloud scanning technology resulting in super-fast scanning ability. As a result, the device does not slow down or the battery does not get drained.

Being able to offer real-time protection and scanning apps as they are installed makes BitDefender a worthy contender for the best Android security app.


The latest version of Norton’s antivirus software offers impressive Android security features even in the free version. The app that provides almost 100% detection rate, can remove malware, spyware or Android viruses that can slow down your device. Other features are the ability to trigger an alarm for finding your missing device, remotely locking your device to prevent data theft or blocking unwanted calls or SMS.

There are separate apps such as an app locker and a password manager that are available for free in the Play Store. Advanced premium features are available for a trial period of 30 days. Overall, Norton Security is no doubt one of the most reliable antivirus apps Android smartphones in 2020.

AVG AntiVirus is a robust antivirus software tool developed by AVG Technologies, a subsidiary of Avast software. Most of the standard functions of anti-virus and internet security programs such as periodic scans, Wi-Fi security, junk cleaner, ram booster, call blocker, power saver, etc. are offered in this app.

Some highly useful features of this Android antivirus app are available for a trial period of 14 days. AVG also has a few free add-on apps such as AVG Cleaner, AVG secure VPN, Alarm Clock Xtreme, and Gallery app available in the Play Store.

Sophos, which has been a winner of the AV-TEST awards – an Independent IT-Security Institute – is an excellent free antivirus app for Android that does not display any ads and is feature-rich.

The app protects against malware, viruses, and trojans that could hamper the performance of the smartphone.

Kaspersky is also one of the best antivirus apps for Android that provides options of a free version with in-app premium feature purchase or a paid version. The free version features manual scanning of apps for malware and viruses.

The premium version, which provides a free trial for 30 days, includes features like real-time protection, anti-theft, anti-phishing, and an app locker to provide extra protection for the essential apps.

Trend Micro, relatively new in the antivirus field for Android, is a very robust app. In fact, Trend Micro is one of the most trusted cybersecurity organizations in the world.

This Android app provides essentially everything expected from a good phone antivirus and protects users against malicious attacks, phishing, crypto-mining attacks. It scans apps for malicious activity even before they are installed on the phone.

The Trend Micro app’s special feature is safeguarding users from banking frauds and thefts. It also offers protection against harmful websites and a privacy scanner for Facebook. McAfee, which has won many awards since its release, offers most of the advanced features of an antivirus app like, anti-theft features, security lock, Wi-Fi security, battery optimizer, memory cleaner, etc. in the free version.

It has an intuitive interface and the best part is the tutorials for every feature. The pro version however includes only a few extra features and is expensive compared to other paid antivirus apps for Android.

It also carries a complicated setup once you opt for the pro version. Nevertheless, the app is one of the best antivirus apps for Android when it comes to protecting your smartphone.

DFNDR, named as the top-rated antivirus app by AV-TEST, is a free antivirus for Android that keeps your smartphone performance-optimized.

It is an all-in-one phone protection app along with features for anti-hacking and anti-phishing. By closing background apps that compete for bandwidth, the app can speed up your internet connection.

The annoying part is that it displays ads that can be taken care of with a small amount of ad-free yearly subscription. 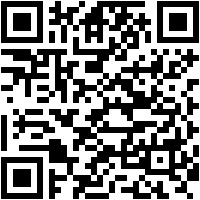 Avira Antivirus, a lesser-known Android malware scanner, is as reliables as its competitors. Being fully-featured, most of its functions are available in the free version itself.

In the case of antivirus and privacy protection, it can even scan external storage media and show how each app rates on a privacy scale. Its ‘cell phone tracker’ helps to locate your phone whenever necessary.

Also, if your phone is lost, it can prompt the person who has your phone to contact you. With the premium version, extra protection such as camera protection, additional browser security, etc can be availed. These features can be easily bought through in-app purchases.

Safe Security can also be considered as one of the best antiviruses for Android in 2020.  Major features of this app are antivirus protection, junk cleaner, speed booster, multiple function lock screen, CPU cooler, anti-theft protection, etc.

In addition to real-time protection, the multi-function lock screen provides your phone status directly to your smartphone’s lock screen. The antivirus app is free with in-app purchases and displays ads.

So these were our topics for the 11 best android antivirus apps. We hope you found this article helpful and would love to hear your thoughts in the comments section.