Encrypt it messaging is supported by almost every famous chat app available for Messaging Android App. However, some of them are owned by tech giants like Facebook. This makes us doubt the credibility of these apps.

There are a number of encrypted messaging apps available for android from the open-source community. We have picked out a few of the best ones for you. All of these are good alternatives for WhatsApp, Viber, messenger, etc.

This is an open source messenger that is end to end encryption. They run their own server. Their cryptography is done by specialists and is similar to the proven OTR. The application supports group chat and media files. VoIP is also supported. An iOS version also exists.

This is probably the favourite open source messaging android app for most people. It is encrypted just like WhatsApp. It also supports group chats and media sharing.

Conversations is a free and open-source Jabber/XMPP client for Android. It is quite reliable and is easy to use and does not drain your battery. There is support for images and group chat. End to end encryption is also supported using OTR. On Google play store the app is available for $2.99, however, you can download it for free from F-Droid. This is another open-source encrypted messaging app with Xabber (XMPP) client. It comes with a multi account to support and a neat and clean modern interface. There are two versions available on Google play-everyone, and A supported version for $2.99. This is a different type of open-source encrypted messaging Android app. It uses the Tox protocol which is Peer to Peer, connecting you with friends and family without anyone else listening in. there is high data usage and battery drainage. For now, only WiFi mode is suggested for use. The application is free and without ads. Kontalk is another end-to-end encrypted messenger that is for Android. It is based on Open Standards (XMPP and OpenPGP). It automatically encrypts all messages and media. Everything sent using this app is encrypted end-to-end with symmetric-key encryption (256 bit AES-GCM) using keys created with 521-bit ECDH shared secret derivation. However, you won’t notice because security is built-in in Surespot, not as a cover over something. You have control over your messages. In case you delete a message it wil be deleted from the other person’s phone too. Linphone is a VoIP app for android. It comes with easy to use SIP client with video and end-to-end encryption support. It also supports audio conference calls with various participants. Briar is an open-source messaging app meant for anyone who needs a safe and easy way to communicate, like activists or journalists. the messages are directly synchronized between the users’ devices. When the net is down, the messages are sync using bluetooth or WiFi. when it is up, the Tor network is used. 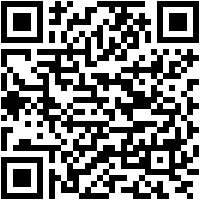 This is an open source platform which is quite secure, and comes with video calling and conferencing for teams feature. You also have unique guest rooms where you can invite partners, customers, and suppliers to collaborate. Delta Chat is a decentralized and open communication system that uses the existing email server network. It does not require any additional server side infrastructure. This means that you can chat with anyone if you know that email address, and there is no need for them to install the app. This application could be a complete replacement for your default text messaging application. This is because all messages are encrypted locally and messages to other silence users are encrypted over the air. Hence, it can be a perfect SMS/MMS application to protect your privacy. This is another open source app for android that comes with a wide range of communication features. These features include free messaging, push notifications, file transfer, and audio/video calls. Riot is another open source chatting application for android that has decentralised communication. It’s almost like an open source discord. It’s easy to use and secure at the same time with end to end encryption. This is quite a unique messaging platform for it works even when there is no signal or mobile data. You can even use it on planes. All you require is the few people around you that also use the app. The app can also work through mobile data and Wi-Fi and when the network is down, the app requires Bluetooth and Wi-Fi to send or receive messages.

The app was not found in the store. 🙁
Go to store Google websearch

Use these apps and we assure you that no one else will be able to see your messages. Do not forget to share this information. Also, feel free to comment if you know of any other similar application.